How To Make A Medicore School Great In A Year

For home buyers with kids, settling in a good school districtis a must, right? Not according to Jacqueline Edelberg. In 2006, when she wasdeciding where to send her child to school, Edelberg checked out Nettelhorst,the local public option in her Chicago neighborhood. The problem: It wasrun-down and failing. Most of the students were bused in from outlyinglow-income areas; even local city officials recommended that Edelberg send herchild elsewhere.

But after touring the school, Edelberg and another parentwere asked by the principal what it would take for them to enroll their kids.So they submitted a list of must-haves—and they insisted that these changes becompleted within nine months. Some of the demands were low-hanging fruit, suchas replacing the motivational posters in the hallways with kids’ artwork.

“We knew if it took longer, neighborhood families would makeother plans for their kids’ education,” says Edelberg. She and the other parentalso agreed to help the school meet these challenges.

Although it was a tall order, it didn’t take long forEdelberg’s changes to make a palpable difference. Within a year, Nettelhorsthad a waitlist and the school was on its way to being designated “highperforming.” And within a few more, developers started building condominiums inthe neighborhood and boasting in promotional materials that they were locatedin the Nettelhorst district.

“The school has absolutely given families a reason to stayin the neighborhood,” says Brad Lippitz of Chicago’s Brad Lippitz Group. “It’sbecome the nucleus of the whole area, and home buyers now seek it out.”

“The important takeaway is that we’re not a boutique exampleor an urban myth, and we’re not rocket scientists,” says Edelberg, who went onto co-write “How to Walk to School: Blueprint for a Neighborhood SchoolRenaissance.” In fact, she says communities all over the country are improvingmediocre schools so quickly that their own kids can reap the benefits.

It takes a village

For Edelberg, the key to improving her school started withmaking it a more welcoming place. For one, she asked that the intimidating “NoLoitering” signs in the playground be removed, and that the classroom shadesstay open, day and night, to show off classrooms filled with kids’ artwork.

“That way neighbors on the way home from work would seejoyful classrooms,” she says. “It’s very hard to invite your neighborhood inwhen everything is locked down and shuttered tight.”

From there, Edelberg galvanized local parents, assigningtasks to members of the school community with relevant experience to improvethe school—piece by piece.

“Our success depended on being a place where people wantedto be, and a place that locals felt invested in,” recalls Edelberg. So tocultivate that connection, they invited local artists to make over the wallsand asked neighborhood tradespeople (electricians, plumbers, etc.) to each doone thing, pro bono, at the school site. They also made the school’s spaceavailable after hours to community groups and began hosting communityfestivals. On weekends, they set up a farmers market; within the classrooms,they had parents volunteer to help support teachers.

It didn’t take long for this influx of community involvementto make a difference. Some teachers weren’t in tune with the new vibe at theschool and opted to leave. Others upped their game to meet the new expectationsof the students, their parents, and the school administration.

The whole movement was led by a core group of eightparents—some working full time, others occupied with young children—that used alocal diner as its headquarters for biweekly meetings.

“You wouldn’t believe what even the busiest parents can getdone with some training and strategizing,” says Danielle Asher, director of theParent Leadership Initiative in Commack, NY, which offers training in publicspeaking and organizing to parents interested in making changes in their schoolsystem.

A school’s online impression matters, too

Another essential step to transforming a school: Improve theimpression it makes online, because that’s how many parents will research aschool.

“The trick is to talk about the school in the light in whichit wants to be perceived,” says Matt Archambault, who works in online brandmanagement for BrandYourself.com. A killer website, active Twitter feed, and ablog with real stories about the people and events of a school can all burnisha school’s image.

Communication is also key when it comes to making change,whether it happens over coffee at a local diner, as in Edelberg’s case, or byusing new options such as Tendle, which offers school communities an onlinespace for discussions and sharing ideas.

“Whether it’s school performance or other trends that arecirculating at an institution, knowing about the issues and having a place todiscuss them is the first step to solving them,” says Melanie Lekkos, Tendle’sfounder.

Show me the money

Of course, to raise a school’s standing quickly, money isalso important. Instead of “shaking parents down,” Edelberg and her team optedto create a dozen or so proposals for projects they desperately wanted funded,including a new gymnasium and science lab. Over time, as donors andorganizations expressed interest in helping out, the proposals—with preciserequests and guidelines—were made available so people could pitch in. Othercreative methods abound, too.

“Parents often think raising money isn’t worth it, becauseit won’t affect change quickly enough to benefit their own kids while they’restill at a school,” says Sarah Barrett, author of “A Mom’s Guide to SchoolFundraising” and “The Party Book Kit,” which outlines innovative suggestionsfor fundraising events. “But if the fundraisers are genuinely enjoyable andtherefore popular, they’ll raise money that can be used toward visible thingslike new playground equipment—and that can improve the school’s standing.”

Barrett suggests partnering with local businesses to offeran evening that parents would most likely pay to participate in elsewhere, suchas a wine tasting. Or for an event with more family-friendly appeal, sherecommends cutting a deal with a video game truck at a time when it probablyisn’t booked, like a weekday afternoon.

Lastly, there are always the old-fashioned ways of gettingthings done, such as running for a seat on the school board.

“It’s great for parents to be involved by showing up atparent-teacher nights and PTA fundraisers, but it’s better for parents to getcontrol,” explains Regina H. Paul, president of Policy Studies in Education, anorganization that provides consulting services and technical assistance to bothpublic and private educational institutions. “And being elected to the schoolboard is the best way to do that.”

Ultimately, it is possible to turn a school around. But ittakes serious commitment and vision.

“Nettelhorst’s transformation was not all smooth sailing allthe time,” cautions Edelberg. In fact, during one early volunteer shift whenshe was helping paint a mural near the lunchroom, a teacher spit on her whilepassing by. Yet somehow, Edelberg and her team remained resolute.

“The school wasn’t fit for any kid, let alone my own,” shesays. “But we just kept asking people to help by doing a little of what theyalready did professionally, like advertising or communications. And it worked.”

Audrey D. Brashich writes about pop culture for theWashington Post, Yahoo, and other national news outlets. She is the author of"All Made Up: A Girl’s Guide to Seeing Through Celebrity Hype andCelebrating Real Beauty."

Contact me when you are ready to find the perfect school for your children. 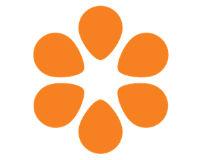 Want to Advertise on this Site?

6 SMART HOME DEVICES FOR LESS THAN 100

https://jonitherealtor.wordpress.com/2020/07/08/6-smart-home-devices-for-less-than-100/6 SMART HOME DEVICES FOR LESS THAN $100 Every day, the world presents us with new technology. It seems

ENERGY SAVING TIPS THAT WILL LOWER YOUR BILLS

ENERGY SAVING TIPS THAT WILL LOWER YOUR BILLS Temperatures are rising which means that your utility bills are likely on the rise too. With the average American spending around $200 a month on

HOW TO SAVE BY GETTING RID OF THE EXCESS

HOW TO SAVE BY GETTING RID OF THE EXCESS If you’re getting ready to move, whether you are trying to sell your home or you’ve already purchased a new one, one of the first things that tends

4 Signs You Might Need Roof Repairs Your roof is a critical part of your home. Protecting you from the elements all year round, your roof takes the brunt of any weather that comes through your

By registering, you agree to our terms of use and that real estate professionals and lenders may call/text you about your inquiry, which may involve use of automated means and prerecorded/artificial voices. You don't need to consent as a condition of buying any property, goods or services. Messages/data rates may apply.